At SafeGuard4Kids.com we hear a LOT of excuses against the use of seat belts on school buses. One of those excuses is that seat belts will be used as a weapon; that mean kids will swing them and strike other children. Let’s look at the reality. Or better yet, the next time you’re in your car, look at your seatbelt.  How do you believe it would even be possible to use that retracting lap-shoulder belt as a weapon? 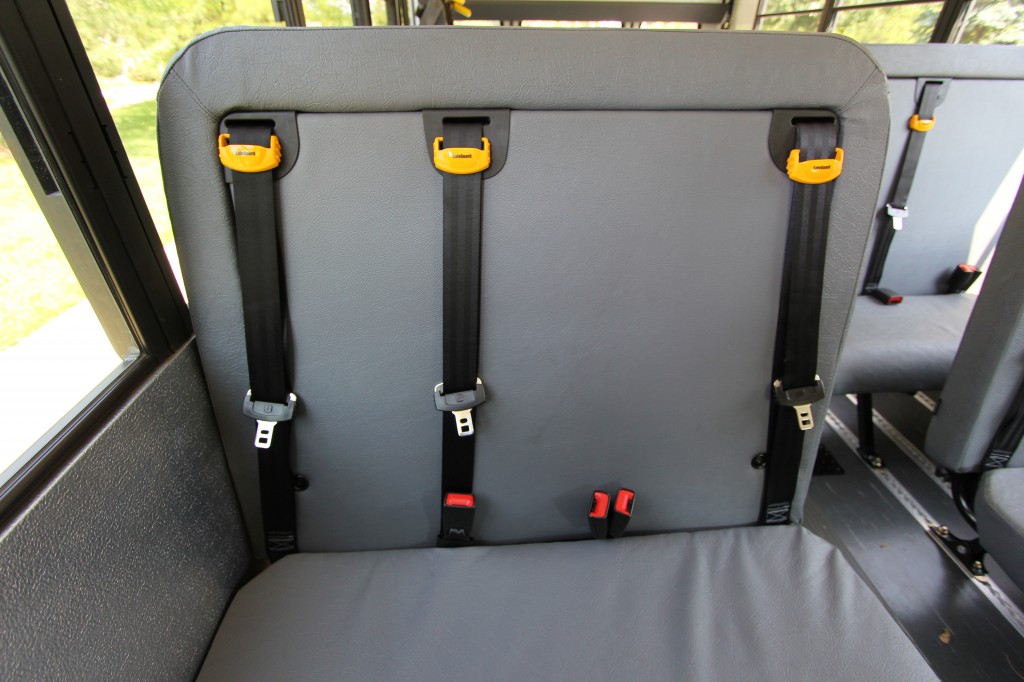 SafeGuard® has been manufacturing lap-shoulder belts for school buses for more than a decade. During that time, we’ve never heard one complaint about lap-shoulder belts being used as weapons. Some of the old lap belts have a heavy buckle that kids can swing at each other, but lap-shoulder belts are just like the ones in your car. They retract into the seat making them difficult and awkward to swing. They’re also more lightweight.

If a child is going to misbehave and strike another child, there are many other things within their reach they’ll choose to hit with first. Backpacks, books, lunchboxes… the list is endless. Don’t believe the myth. Trust the facts. Remember, ten years and thousands of buckled up children later, we’ve not had one complaint of our lap-shoulder belts being used as weapons.