When former Transportation Director Monica Coburn walked into the SafeGuard® booth at the 2007 NAPT trade show, the future of her school bus fleet changed forever. While at the show, she learned about the SafeGuard FlexSeat®, which eliminates the capacity issue and protects both belted and unbelted students through its SmartFrame™ technology, something that turned Coburn’s head. 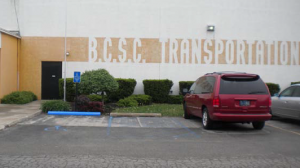 “When I saw the SafeGuard FlexSeat, I was impressed with the construction itself,” Coburn said. “What if that child behind doesn’t have a seat belt? And the SmartFrame technology made sense.”

SmartFrame among other benefits eventually led to the Bartholomew County Consolidated School Corporation beginning the process of implementing lap-shoulder belts on its buses, following a visit from IMMI managers at a school board meeting where the seats were approved. Today, the school corporation, 50 miles south of Indianapolis, operates 113 school buses and transports approximately 11,000 students. So far, six of the buses are equipped with FlexSeat, and plans are to gradually outfit the entire fleet with lap-shoulder belts as new buses are purchased.

The approval for the seats didn’t come easily at first, with Transportation Safety Coordinator Bob Downin initially against lap-shoulder belts on school buses because of his experiences with students using lap belts as weapons. However, after Coburn demonstrated FlexSeat and its retractable lap-shoulder belts, as well as explained how SmartFrame technology works, Downin changed his mind.

“The whole standard from day one was… If they’re sitting in their seat, if they were sitting there properly and we had an accident, they were going to be protected,” Downin explained. “But that theory does not work, because they don’t stay in their seats.”

Both Coburn and Downin agreed that SmartFrame technology had a competitive advantage by offering protection for both belted and unbelted students. 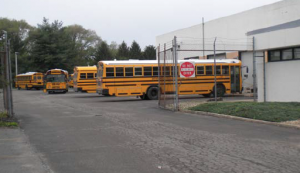 Coburn and Downin worked closely to communicate with students and parents about the implementation of belted seating. They sent letters to families, explaining their expectations for students to wear the belts. A local newspaper published a feature article about the new equipment, which raised the profile of Bartholomew County’s decision to move to belted seating. Drivers and students were offered a training session during which they learned how to use the seats properly. Coburn says students found the seats were intuitive and easy to use, and within three days, they were helping each other buckle their lap-shoulder belts.

Coburn says the feedback from parents was overwhelmingly positive. “Parents were calling me and asking, ‘When will my kid be on the bus with seat belts?’” Coburn said.

Drivers who were initially against the transition to belted seating were concerned about the time, trouble and responsibility of getting the children belted. After a short time, they found children were buckling up themselves or getting help from neighboring students.

Drivers also noticed a dramatic change in student behavior and noted reduced distraction. The students were staying in their seats because of the lap-shoulder belts.

“Kids were off the walls with no seat belts,” Coburn explained. “With the seat belts, discipline has been reduced by 90 to 95 percent.”

When the transportation office reported results to the school board, they used on-board video taken directly from one of their buses.

“We took a video out of a bus that was before the seat belts and then when we got the new seat belt bus, it’s the same kids, the same driver, the same situation, except it’s a bus with and without seat belts,” Downin explained. “And we think it’s a dramatic difference.”

When Coburn looked at the cost of putting the belted seats on her buses, she realized that air conditioning was around the same price. She questioned “Which one truly is the safety aspect?”

“So when you’re figuring out where you’re going to go and what you need to do, to me it was a no brainer,” Coburn said. “You take the air conditioning and set it aside, and you go with the seat belts.” 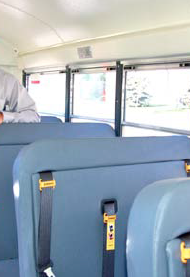